This is turning out to be an unusual season for Snowy Owls. Not often found this far south, they have been popping up in many locations around Virginia (and other states). I drove to one of the locations where a Snowy had been reported for about two weeks. There were about five others at the location when I arrived. The bird was way off on a warehouse roof. Later the bird flew to a closer location and provided a better view. Later still, the bird moved to a location in a field which is private property, but for sale. I called the number on the sign and received permission to enter the field. Crossing the field put me in a good location to observe the Snowy. After a while, the bird caught sight of a small critter and was off for lunch. It was a five-hour adventure in the sleet and snow – but it was also a “lifer” bird for me. Happy New Year! 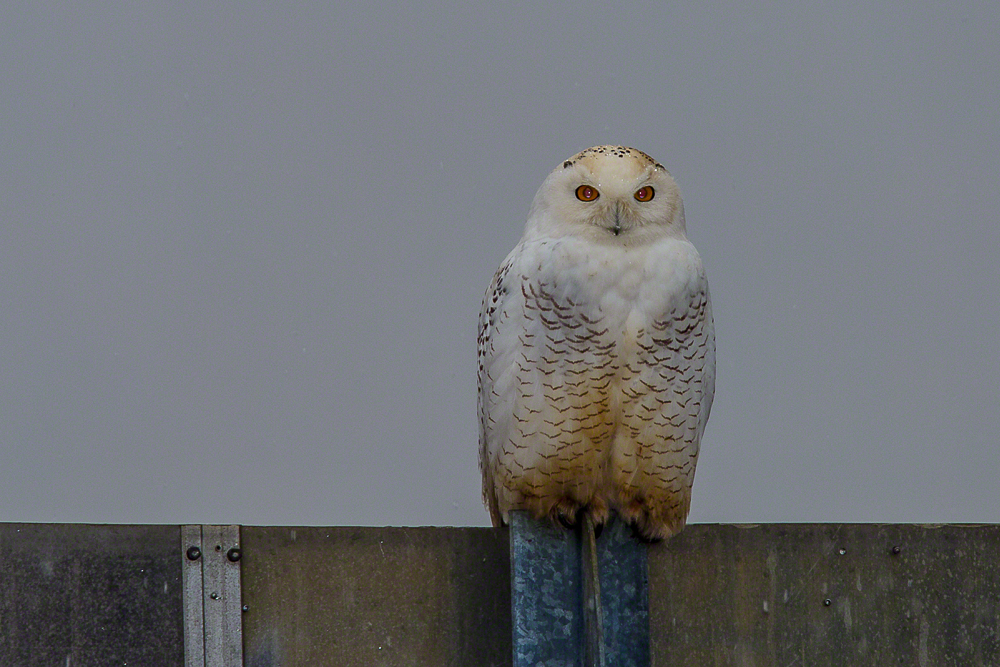 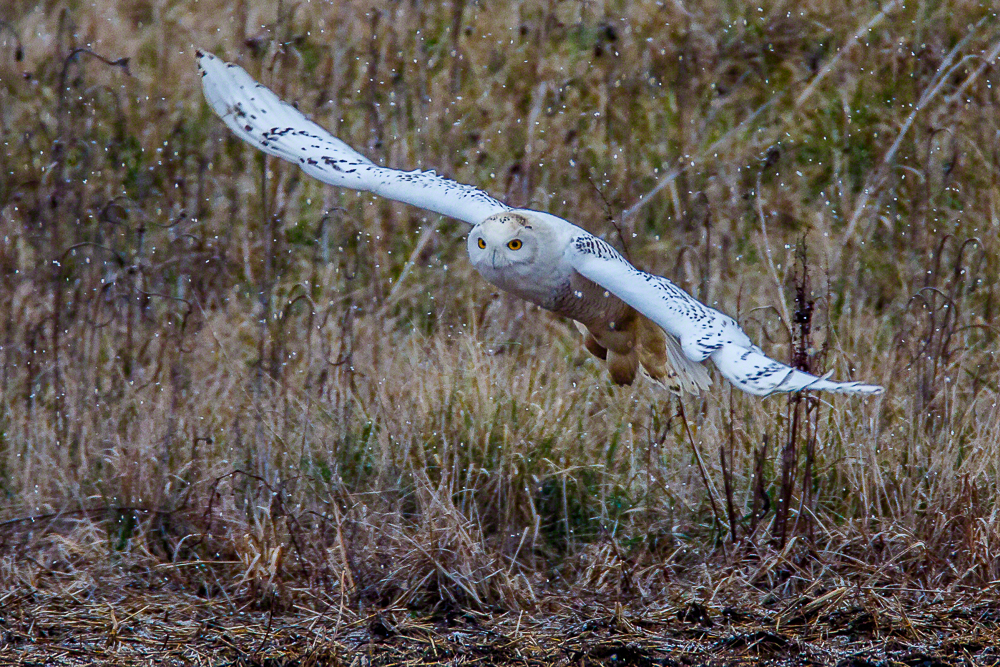 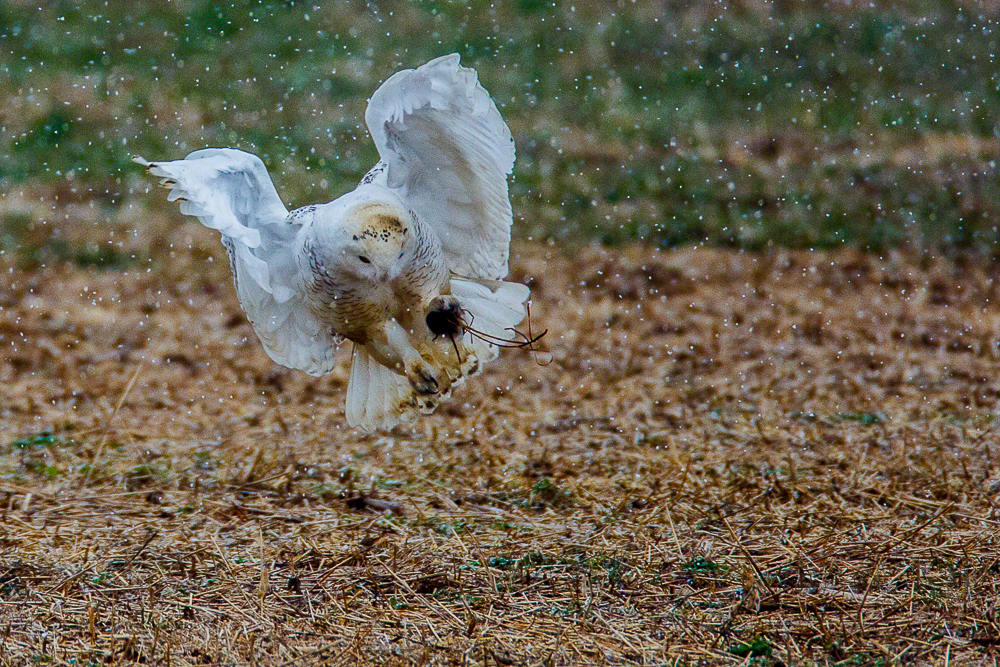 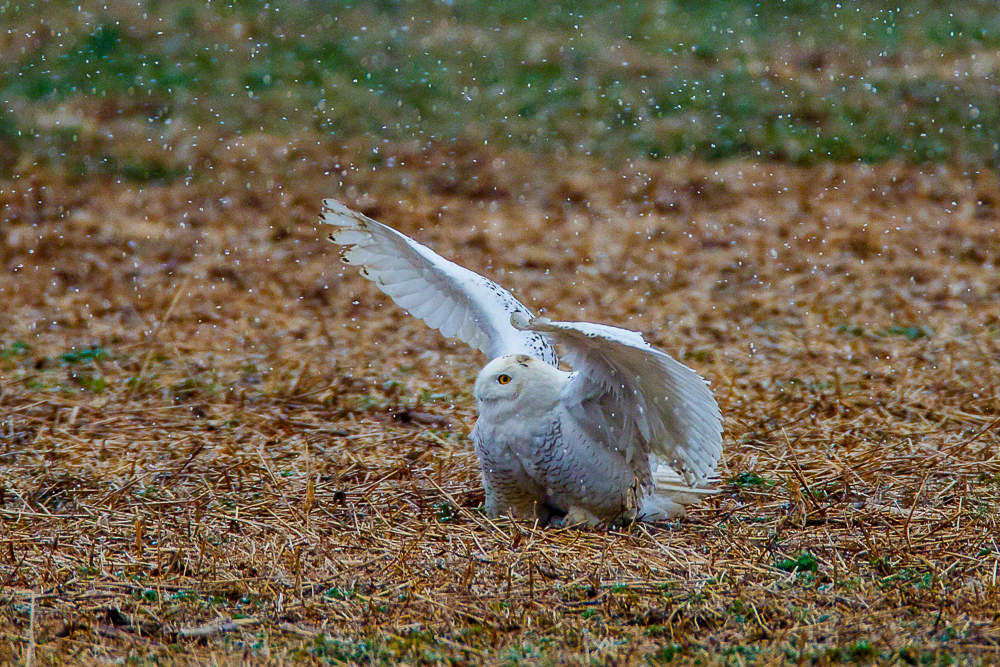 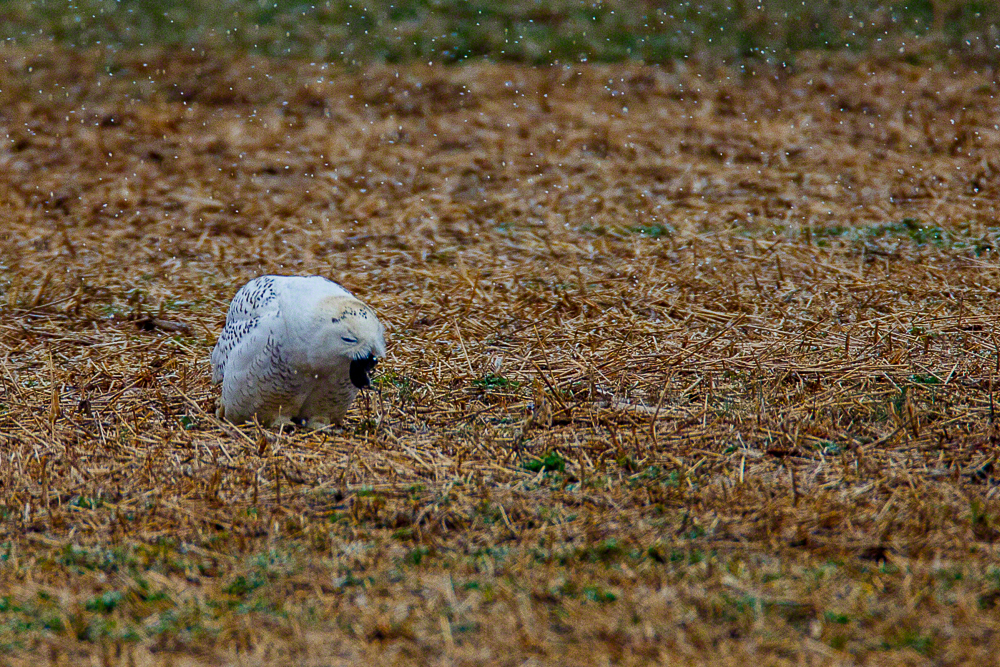 Unfortunate for the critter, but Owls gotta eat, too. 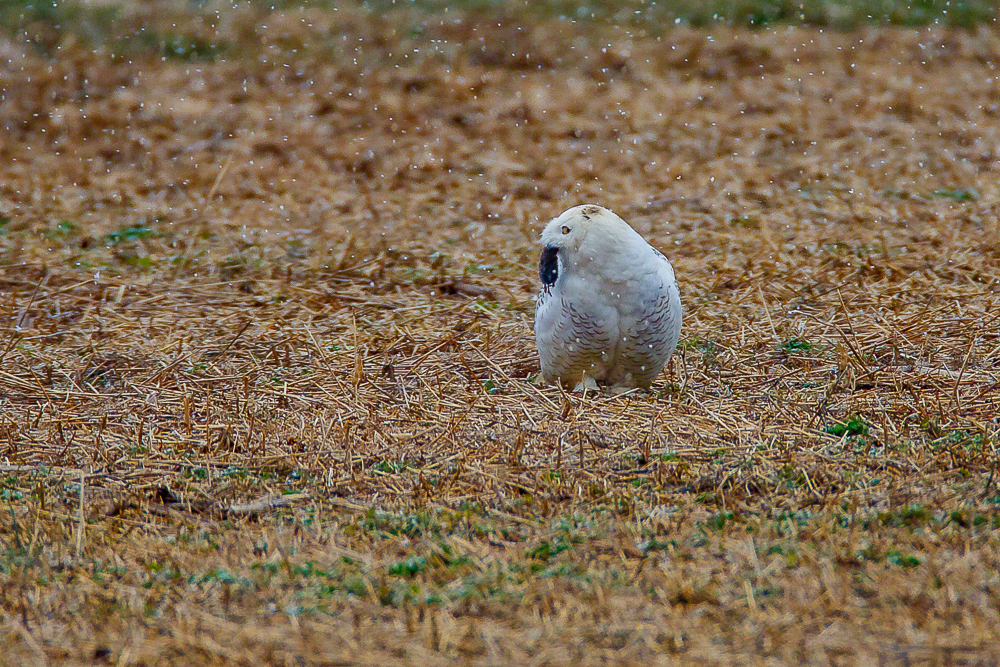 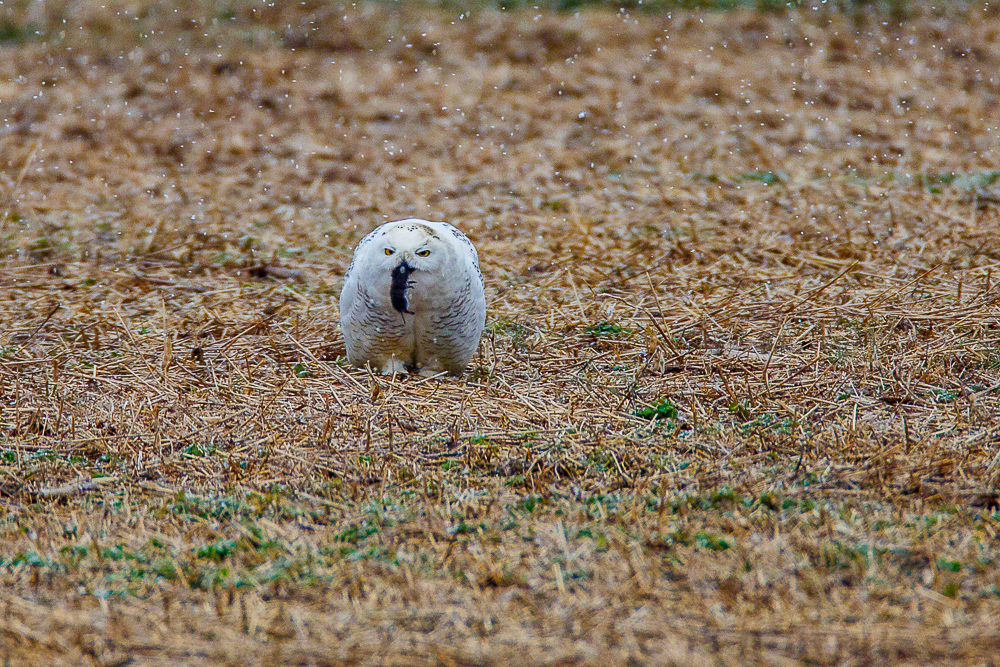 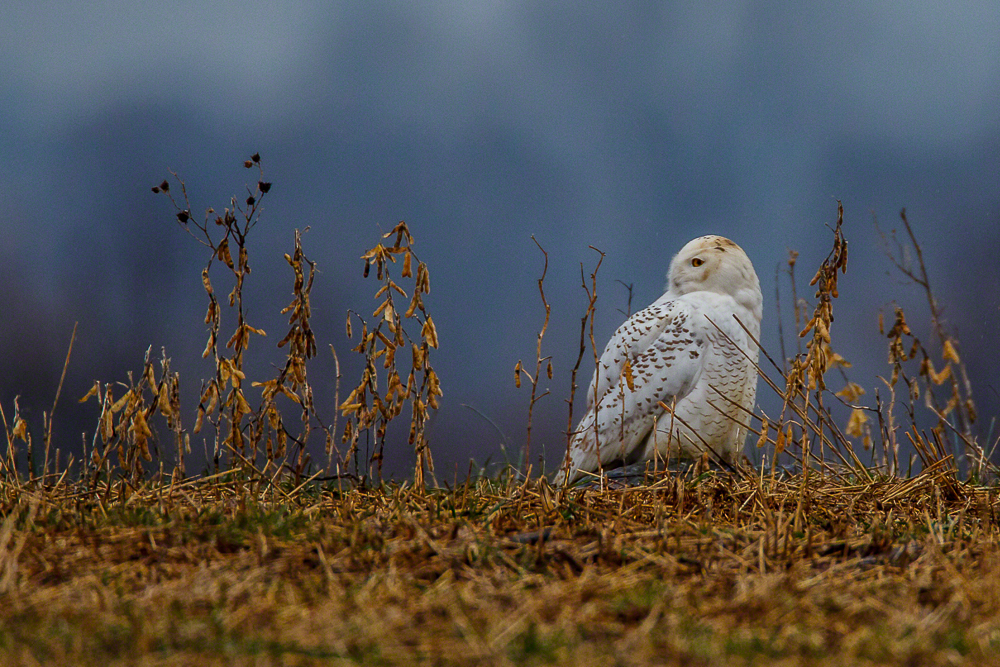 1 thought on “A Rare Visitor to Virginia”