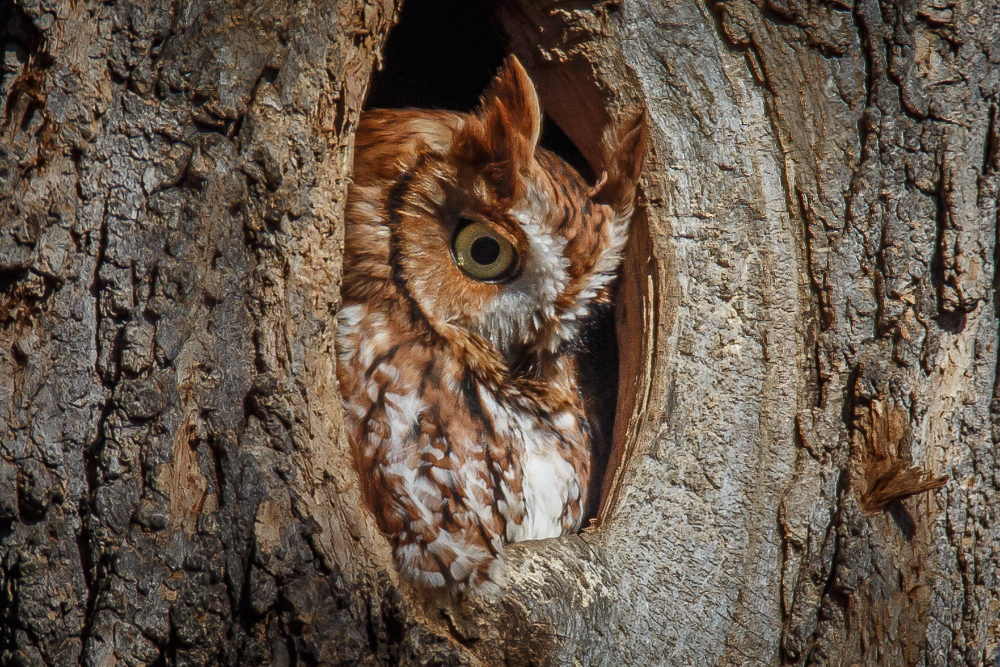 I had been reading about a Screech Owl at one of the local parks for about 10 days. The exact location was a bit fuzzy, but often there are other birders around when a bird of wide interest is involved so I thought I would try to find it. Upon arrival I located a Pileated Woodpecker, interesting but not a Screech Owl. Soon I discovered a Blue Jay making a fuss a short distance away. That is when I found the Screech Owl. 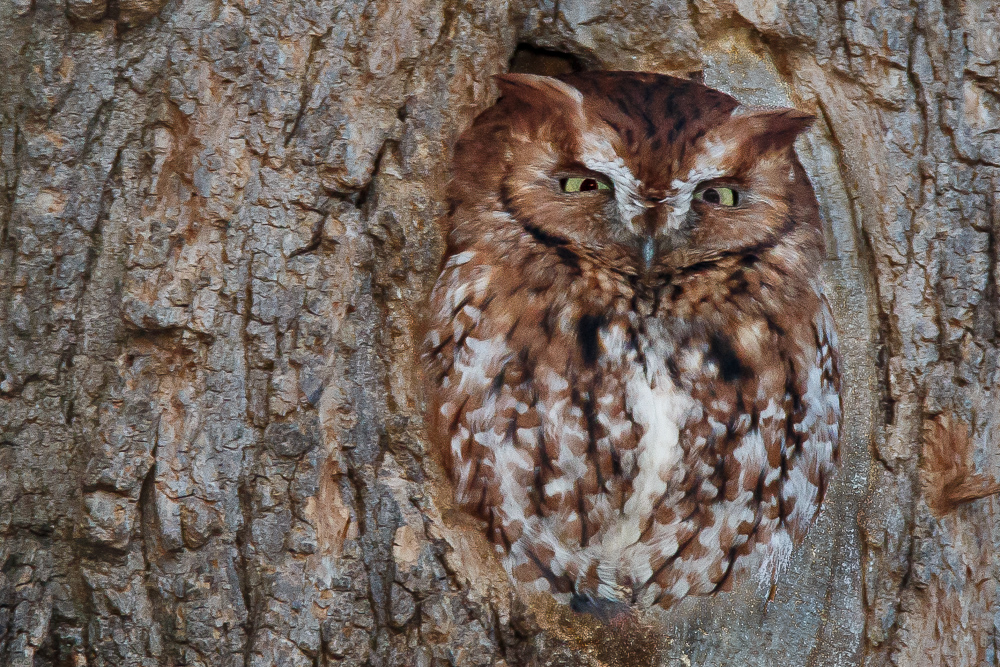 The sunlight was full on the bird, lighting it up like a spot light. I set up my gear and made a few images and then a few more and a few more. After about 90 minutes, I wandered along the path to see what else was around. I saw a Winter Wren, several sparrows, a Bald Eagle, Great Blue Heron, some ducks and gulls and a Northern Cardinal. When I returned to the Owl location there were several birders watching the owl. It hadn’t moved from the hole all afternoon. 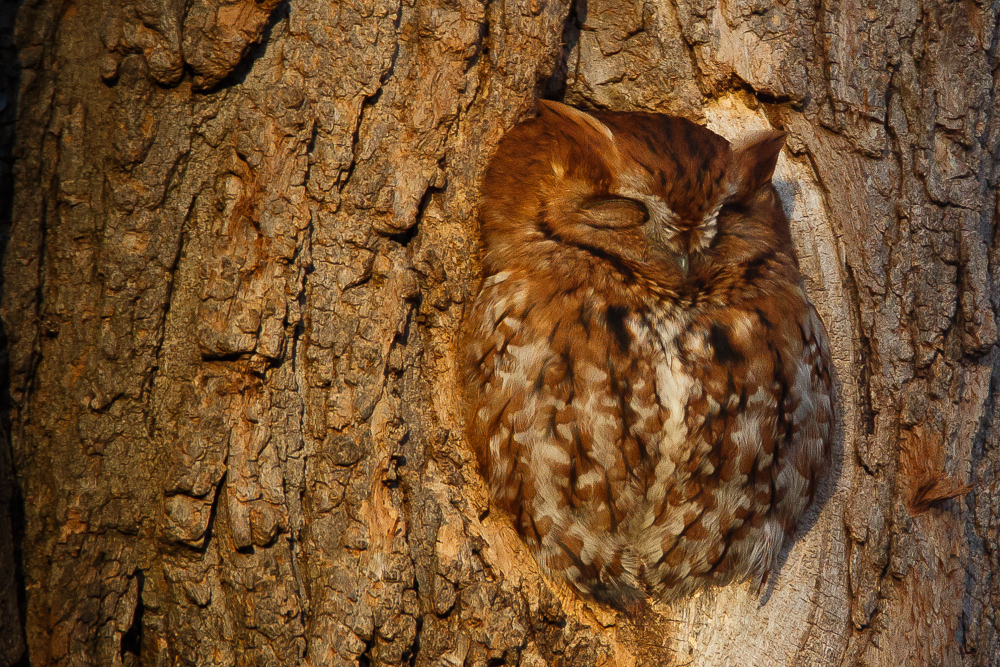 I decided to stay as it was getting dark and hoped the owl would fly off in search of dinner. Long story shortened, when it was almost too dark to see, the owl stretched a few times and retreated into the cavity. Yup, all those hours (5 total) and the bird never moved from the cavity opening except to disappear into it. 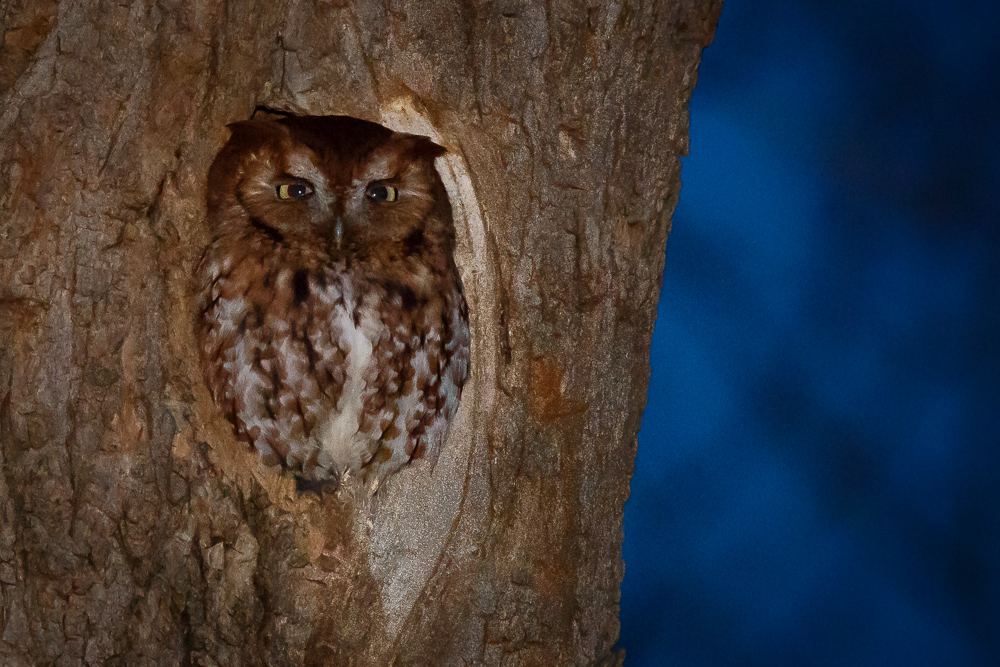 I was glad to have seen it. I had seen these owls before but this was the first wild one I saw.